Note that you must use professional haircutting scissors (very sharp) that you use for no other purpose. Otherwise it will look like a rat gnawed off your hair.

First I washed my hair, put conditioner in it, and left it on (to maximally straighten my curls during the cut). I combed my hair into a pony tail at the nape of my neck (as evenly as possible – side hair on side, back on back, top on top), and tied it with an elastic – not hard up against the nape of my neck, maybe an inch away. And then I cut off the pony tail. I tried to make a fairly even cut, but I didn’t spend a lot of time obsessing on it – total time, 1-2 minutes.

Next I took off the elastic, turned my head upside down, combed my hair up into a pony tail on the very top of my head as evenly as possible (side hair on the side, back hair on back, etc.) and tied that with an elastic. Then I combed the pony tail straight up from the top of my head and blunt-cut it straight across – just a little (about 2 inches) for long layers. Total time for this, maybe 2-3 minutes.

Then I jumped back in the shower to rinse out the conditioner. Done!

Now I have a perfect bob, a bit shorter in the back (as is the current style), and slightly layered so my curls curl. It’s my best haircut in years – in or out of a salon – and I can’t believe how quick and easy it was.

My big mistake in the past was to try to cut my own hair using the techniques that a salon stylist would use. You just can’t do a good job of that on your own head – there is always the problem of the back. There are tricks to cutting your own hair, and they are different from what you do if you’re cutting someone else’s hair!

As you can see, my hair is naturally curly. Judging from my internet research, this technique will work equally well on straight hair, but of course I don’t have straight hair to test it on. If you do, please post your results!

In my original post, I didn’t write about trimming the front after the two ponytail cuts. My hair was so short to begin with, it wasn’t necessary. But now I always do this. I part my hair in the center, then trim the front to match the back. Otherwise it’s too long in front. I also check that both sides, left and right, are equal length in front. Because I’m right-handed, I tend to cut the left side longer. This post-shower trim takes me about 5 minutes.

This is yesterday’s haircut – trimmed in front as described above. 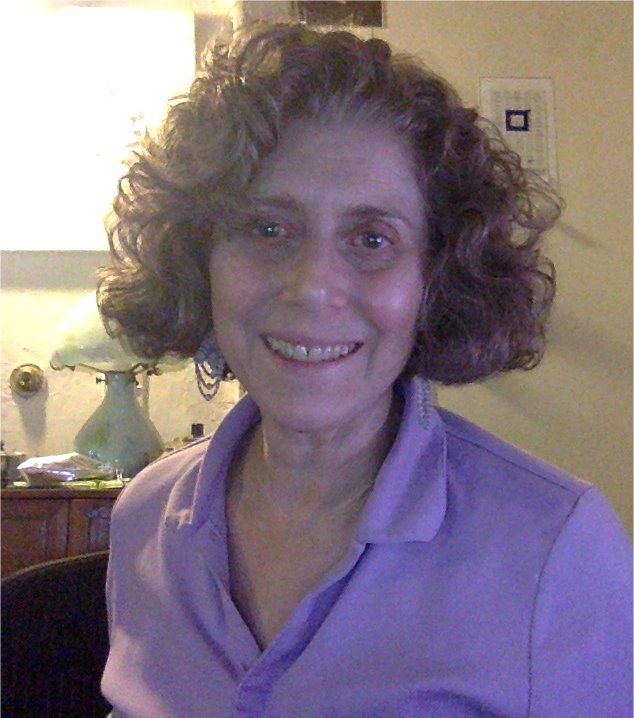